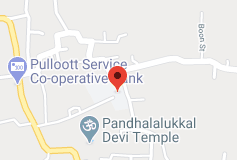 Kodungallur (anglicised name: Cranganore ) is a city and a municipality in Thrissur district in the Indian state of Kerala. It, was known in ancient times as Shinkli, Muchiri (anglicised to Muziris), Muyirikkodu, Muchiripattinam, was a famous and prosperous sea-port at the mouth of the Periyar (also known as Choorni Nadi) river in the southern Indian state of Kerala. It is located about 38 km from the present day city of Kochi at 10°13′N, 76°13′E upon NH 17. There is also a belief that the name Kodungallur is derived from Kodi-linga-puram(Core Siva Lingas). Its ancient name was ‘Kudakallur’: that is kuda + kal + ur. ‘Kuda’ means ‘the place where the sun sets”, ‘kal’ means ‘sea’ and ‘ur’ means ‘town’.The name signifies “The sea town where the sun sets’.Muziris, Vanchi, Musirippattinam, Musirippathanam, Mahodayapuram, Kotilingapuram, Kudalingapuram, Makodai, Kodunkaliyur, Thiruvallur, Ravi viswapuram and Balakreetapuram are the different names of Kodungallur at various points of time. In Tamil and Greek literatures, it is called Muziris.

Being a coastal town and a geographically strategic place, it became the largest and most important harbour of ancient India. Kodungallur was known as one of the four gates to India along with Chennai (Madras) on the east coast, Kolkotta (Calcutta) in the northeast and Mumbai (Bombay) in the west. It had trade relations and the accompanying cultural exchanges with such civilisations as Rome, Babylonia, Egypt, Phoenicia, Alexandria, Arabia, China, Siam and Greece. An average of 100 ships were said to be operating from the harbour of Kodungallur at the height of its glory. It should be remembered that while the other three ancient harbours – Chennai, Kolkotta and Mumbai – became three out of the four modern metropolitan cities in the country (the other being New Delhi) .Kodungallur has been reduced to an insignificant village in terms of modern development. A flood in 1341 is said to be the reason for its destruction and decline in trade relations with the outside world. Still, Kodungallur was the capital of kings and dukes for several centuries in modern times, and they maintained its cultural uniqueness and traditional gaiety. In 860AD, the court of the Chera King Sthanuravi was decorated by a distinguished astronomer by name Sankaranarayana, who has recorded in his book on astronomy entitled, ‘Lakhu Bhaskariya’, known by its other title ‘Sankara Narayaneeyam’, that in Kodungallur – then its name was ‘Gothra Malleswaram’ – under his direct supervision there exists a fully equipped observatory cum research centre. Also in every ‘Kadigai’ duration of 34 minutes, bells were sounded at different important centres of the town to announce correct time and it was done with his knowledge. In AD 52, the very first Christian church in India was constructed by Saint Thomas at a place called Maliyenkara in Kodungallur. Jews settled down there with their families in A.D. 69. Mohammedans established their very first mosque in India on the soil of Kodungallur. This mosque has a distinction; mosques built all over the world face the direction of Mecca , but this particular one faces the east. Arabs too established their colonies in a part of Kondungallur, in the 8th century. The Jain and Buddhist scholars and monks, who lived in this town, not only transformed it into a great educational and cultural centre but also began to preach their religious tenets and popularize their way of life. Kodungallur is the meeting place of all of the world religions and cultures. Several wars were fought on its soil. The Zamorins, the British, the Portuguese, the Dutch and the Tippu sultan attacked Kodungallur. Still, it maintained its uniqueness. It is said that Elango Atikal wrote Chilapathikaram in Kodungallur, and it is here the poet Kunhikuttan Thampuran rendered the epic Mahabharatha into Malayalam. There was a Gurukulam in Kodungallur, which was as famous as the Nalanda, Thakshsila and Sree Kasi.

Many records further declare that merchandise like pepper, cardamom, spices, sandal, ivory, muslin, silk, pearl and the like were exported. Liquors, porcelain, glassware, chandeliers, tin, lead and such commodities were imported. Because of such massive and brisk trade activities, a sizable portion of the Roman wealth was brought over to India through Kodungallur. They further promulgate that by exporting pepper, otherwise known as ‘Black Gold’, pure gold was imported into India. Kodungallur is important not only in the history of Kerala but also of India. It has reference in the epics Ramayana and Mahabharatha. The poets Pathanjali and Katyayana have referred to it in their poems; it also finds reference in the Chilappathikaram. Kodungallur is mentioned in the stone edicts of Asoka and in the historical writings of both Plini and Ptolemy under different names. In these multifarious ways, Kodungallur, famous for its elaborate trade activities, advancement in the field of astronomy, development of many religions, has the distinction of being referred to in epics, literature as the first and fore-most town of repute in India.